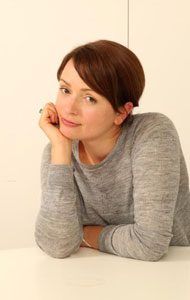 Jo is today a celebrated international best-selling novelist, famed for titles including ‘Longbourn’ and ‘The Telling’; the latter being set in Arkholme. Other titles include: ‘The Undertow’, ‘The Picture Book’, ‘The Mermaid’s Child’ and ‘The Offcomer’. We look forward to welcoming Jo into the school this academic year to work with our pupils in a writing workshop.

My first day at school, I wrapped an arm around the green upright on the veranda and was determined not to go in. My mum was impatient; she couldn’t understand – I was usually a good child. Maybe my brother, or the older kids I’d played out with round the village had told me horror stories. I don’t know – I can’t remember. But between them, Mrs Balderstone and my mum got me inside eventually.

Once inside, I never wanted to leave. I was happy in Mrs Balderstone’s class; I was utterly content. I mean, what four year old wouldn’t be? It was a cavern filled with treasures: a rocking horse with real mane and tail that you could stroke, and flared red nostrils that looked kind of sore, a play house with a real carpet; a jangly upright piano, boxes full of ribbons and felt, great gloopy jars of paint, a box of slightly smelly slightly chewed recorders, a tray of coloured wooden tens-and-units (I remember particularly the livid pink and the inky blue ones). And the library corner, with picture books I hadn’t seen before, and was soon reading for myself. Some of the best loved books of my childhood were encountered there – on the carpet, in that corner, with a Maurice Sendak on my lap, is where I fell in love with reading.

At lunchtime Mrs Charlesworth and Mrs Haston would serve up great aluminium trays of what, in recollection anyway, seem to have been usually different kinds of pie. Chicken, beef, and sometimes lemon meringue. Huge battered jugs might contain custard, or chocolate sauce, or pink sauce (the flavour of which I was never quite certain, the colour being the thing of interest about it) or minced beef in gravy. On cold days we’d get a jug of sweet milky coffee that we’d drink in little fluted glasses. I found myself buying a set of these recently, without realising whey they appealed quite so strongly. Indeed, quite a few things from that time have lingered with me. Including chilblains, which I first acquired when warming frozen feet after a snowy playtime on the mould-green pipes that warmed the classroom. I’ve had chilblains every winter since.

In retrospect, what is striking about that time is how much creative licence we were given. We were always making things. Slopping paint around, sewing, prodding at and rolling out clay. Even the tens-and-units blocks were used at least as much to build tiny forts and log cabins as they were to do maths. There was an independence to this creativity – though I am sure it was also carefully supervised. Once, to fire some clay models, we filled a brazier with sawdust and left it burning slowly all weekend. The models turned out a lovely shiny black, and the school did not burn down, and we learned a bit about lateral thinking and problem solving and managing risk. Probably.

That independence, and the responsibility for self and others that went with it, increased as we progressed up the school. We were allowed to get on with things, to sort things out for ourselves, whether it be science projects and or fundraising or playtime games that ranged out of the playground into the meadows beyond (this latter might not actually have been allowed, but we regularly got away with it, the perimeter fence at the time being a scrappy hedge and a bit of slack barbed wire). Being kind – being a good citizen of this community – was at least as important as doing well. Indeed I don’t remember ever being praised for good work, but I do remember the genuine shock expressed by one teacher on the one occasion I was briefly bullied.

Looking back, I do see it as a kind of arts-and-crafts Utopia. It was a context in which kindness and creativity and academic success were of at least equal standing, and where there were, occasionally, lemon meringue pies provided. I can’t imagine a better place.

James has many fond memories of his time at the Arkholme C of E Primary School. His most prominent recollection is of a bus load of evacuees arriving from Manchester and Salford arriving in 1942. He said that many of them had never before seen so much green space. They jumped over the Parish Church wall after school and pinched as many apples and pears as they could carry. These additional numbers significantly increased class sizes, so a second teacher, a Mrs. Gibson of Melling, was employed to teach these pupils. He remembers having Miss Enyon as Head Mistress of the school, who lived in the Old School House at that time and recalls the two classes being taught in one main room with a partition in between. He also recalls the boys and girls having separate entrances to the school; the girls via the Old School House and the boys up the lane by Tithe Barn. James also recalls the school’s sporting events, including Sports Day and Cross-Country, being held in the field at the rear of his farm in the village; four generations of the Hayton family have attended Arkholme School through the years. 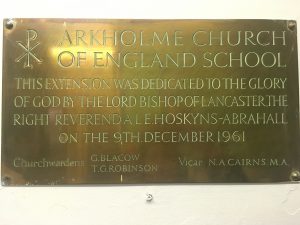 My father Norman Cairns was vicar of Arkholme. He came into school each week to take an RE lesson. He was very keen on teaching aids and we always went home with some activity we had done to remind us of the lesson. e.g. Palm crosses, cards, models

Lessons I remember were learning the Christian symbols Chai Rho, a large X and a large P intertwined. Also Alpha and Omega the first and last letters of the ancient greek letters symbolising the fact that Jesus would be with us from beginning to the end. Also INRI latin for” Jesus of Nazareth King of the Jews”.

Other lessons were on the parts of the church. He made them interesting eg the Nave Latin for ship. Look up in the nave of a church, the roof is like an up turned ship. He was very keen that children should attend their village school. Children are the lifeblood of the village. He was an ardent advocate and fought every proposed closure. So in 1974/5 when the county proposed the closure of the Lune Valley primary schools and all children were to be bussed to one large school in Hornby there was a meeting at Hornby and after speaking against the closure he collapsed and died. Closing the Lune Valley schools was never to my knowledge raised again.

After I left Arkholme primary school in 1957 the governors and vicar realised the toilets must be modernised. As it was a church school the Church had to raise a percentage of the cost before the county paid the rest. The money expected from the church was raised by the village and Mr Cairns designed a bond card issued to everyone who gave money. The Church had managed to raise their share and so the county paid the rest and a new entrance and flush toilets were added to the school.

Mr Cairns interest in children did not end there as he organised a youth club and I remember him leading a hike up Ingleborough.

This was followed on other occasions by walks up Whernside and Pen y Ghent. We played badminton in the old village hall opposite the Bay Horse and put on shows there. 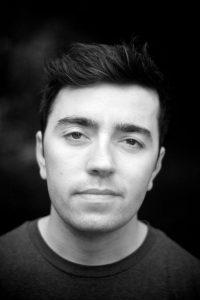 I was lucky enough to realise the career I wanted to do from a very early age, and that is only possible due to the tutelage and support I received at Arkholme Primary School.

I remember at the age of 10 in 2002, standing on that plywood stage dressed in a yellow 3-piece suit with a novelty top hat screeching “I’m mad as a hatter” at some innocent parents on the front row like it was yesterday. That was the moment I knew this was something I had to be doing in my life; it was the moment I felt at home. Mrs. Gee, Mrs. Curnow, Mrs. Turner and the rest of the staff at Arkholme are responsible for my realising that then because they had the foresight to see that it was something I would love doing. This is an example of why teaching at the school is brilliant and why Arkholme Primary School is a very special place. 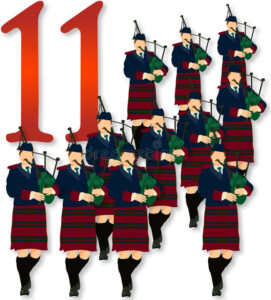 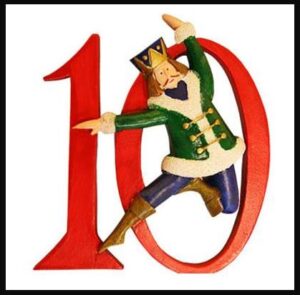 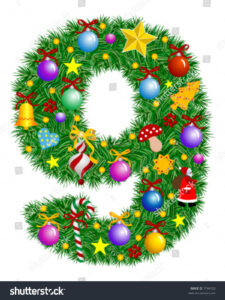 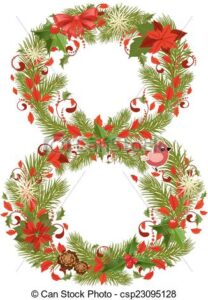 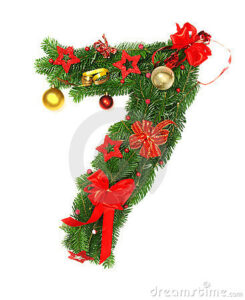 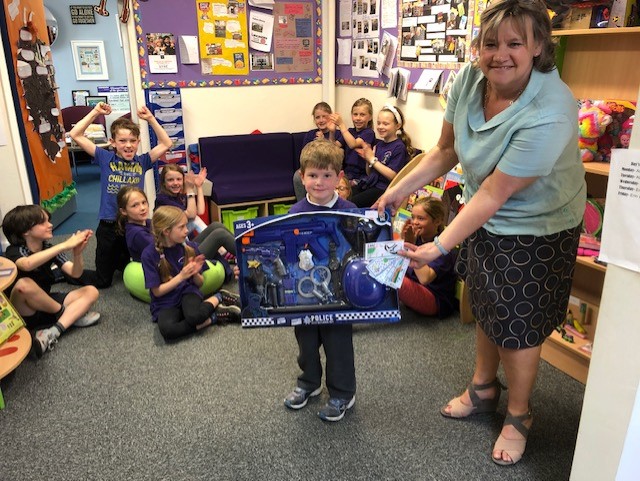 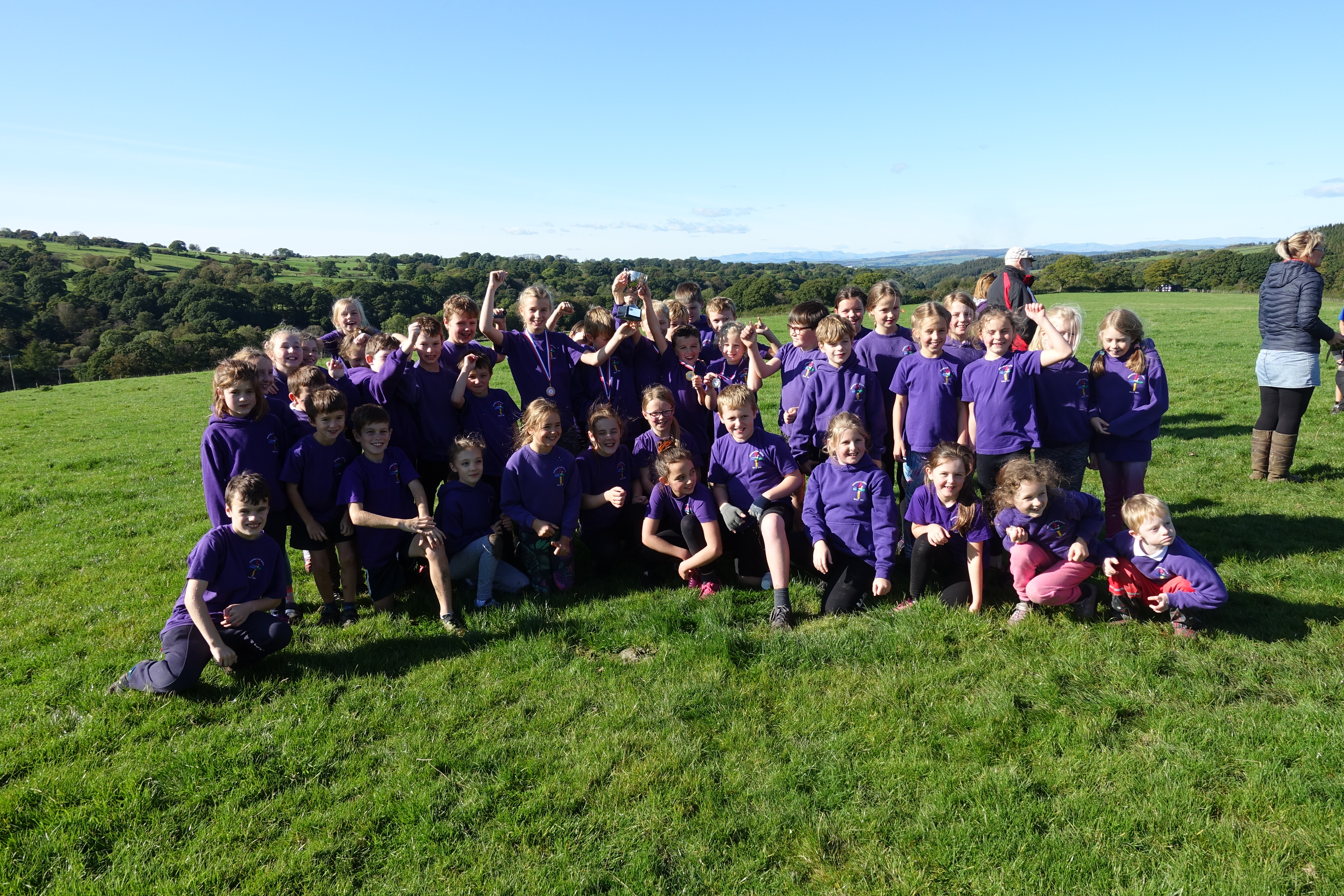 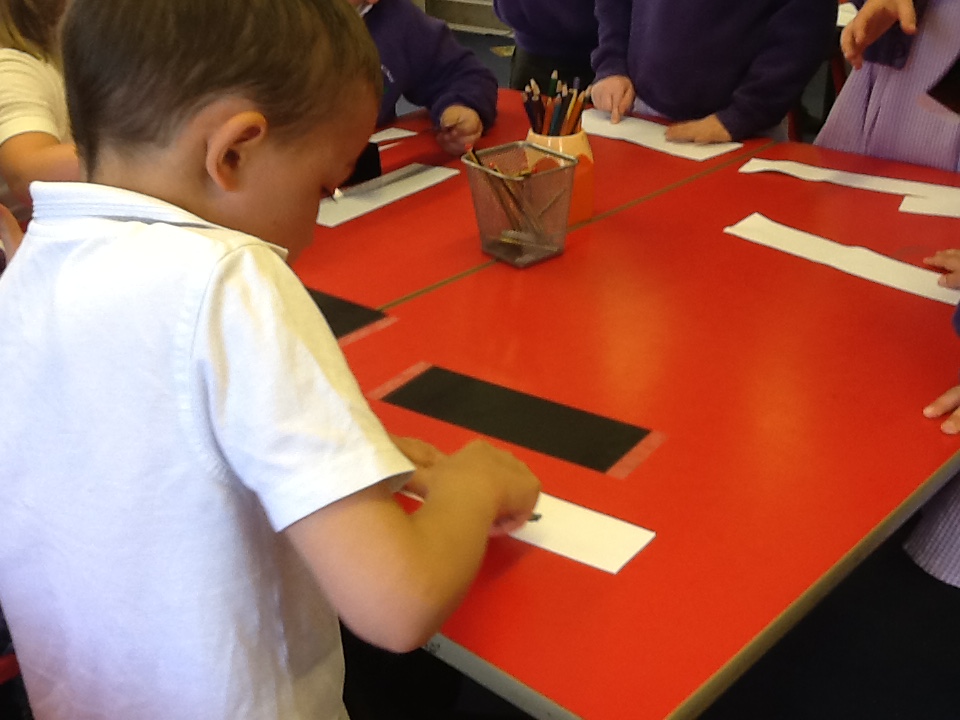 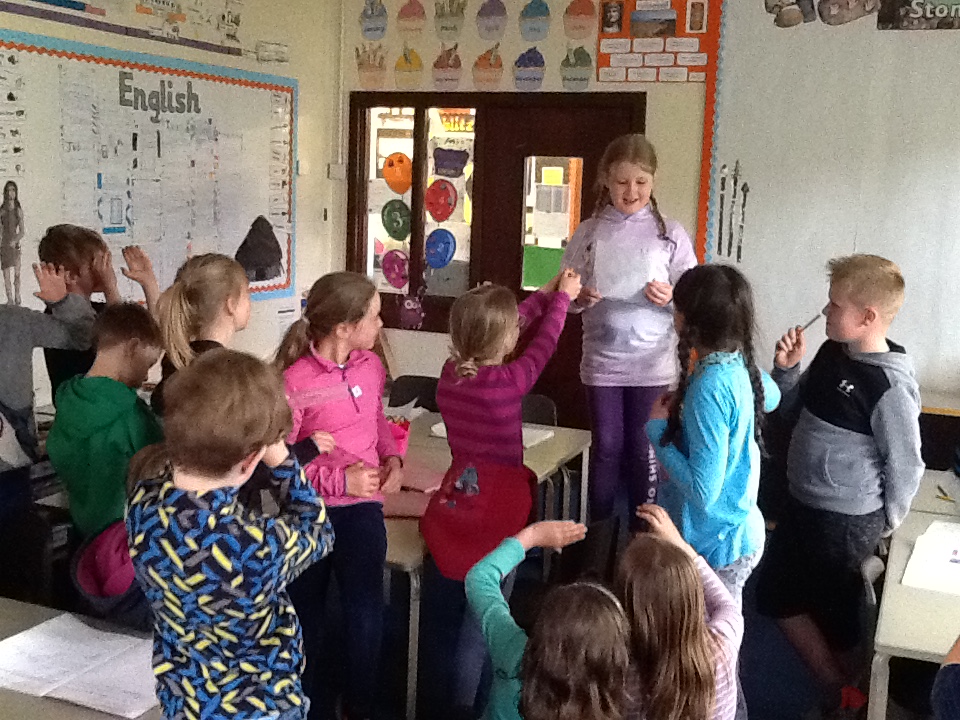 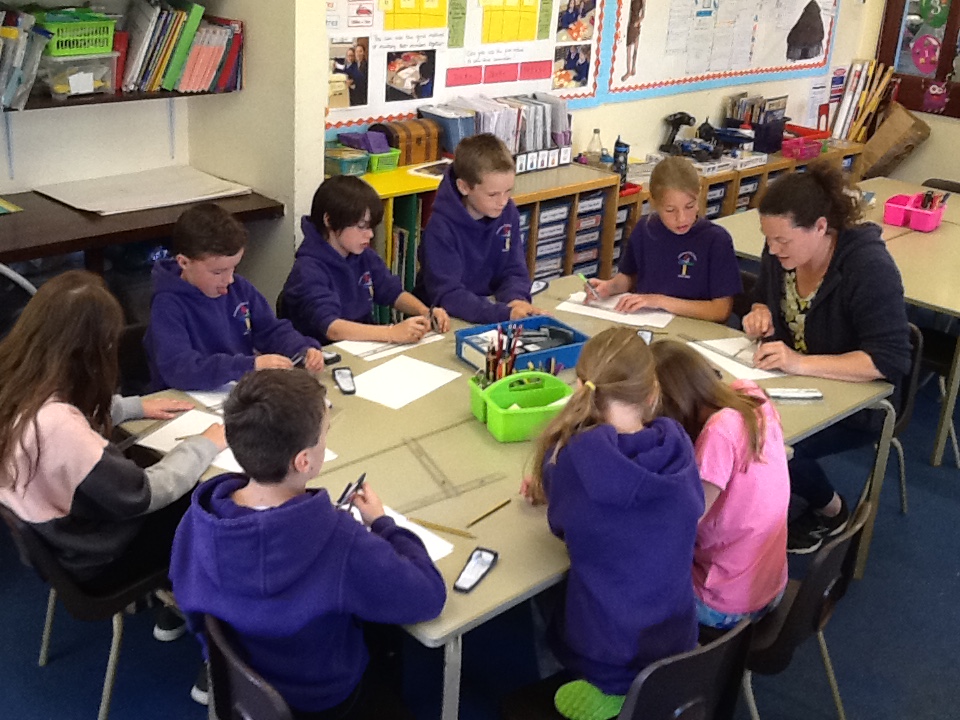 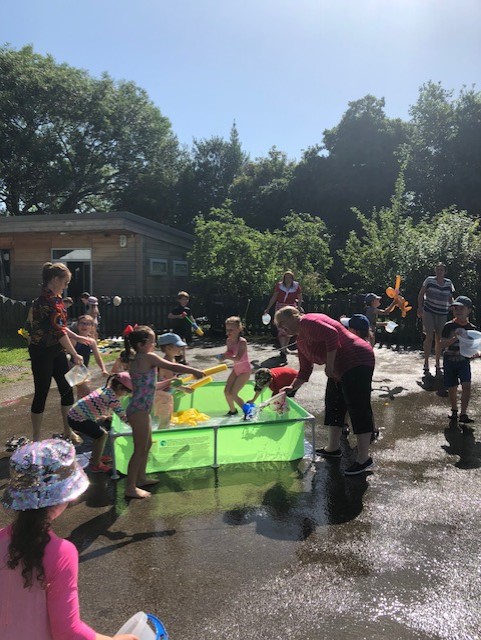 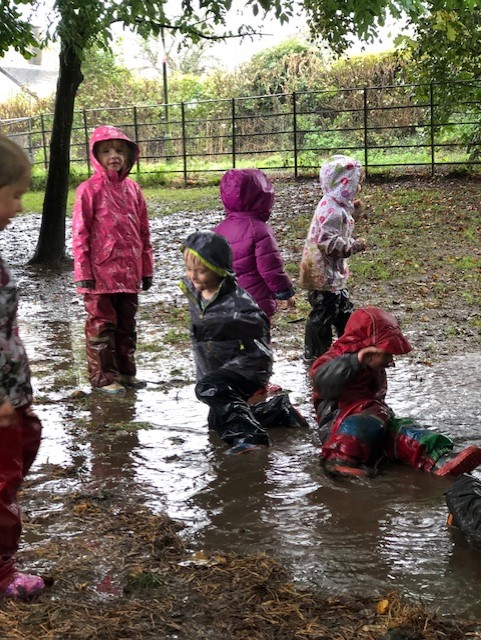 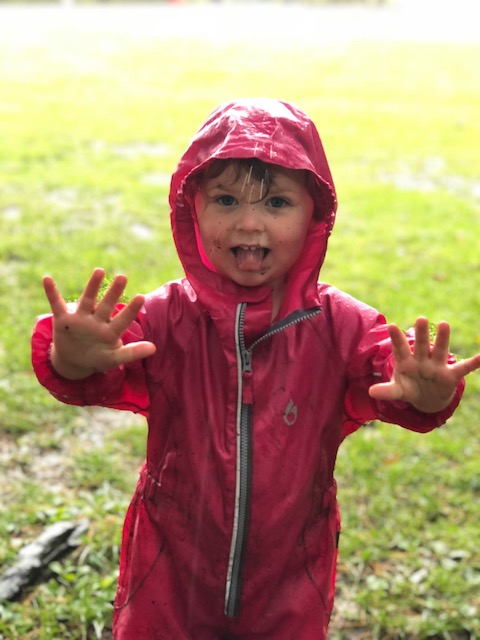 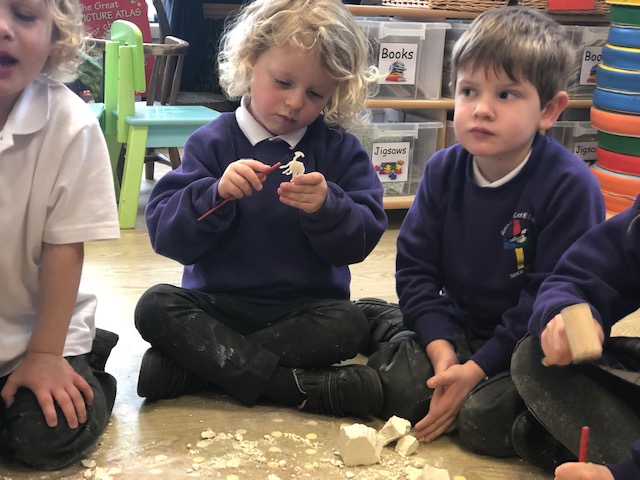 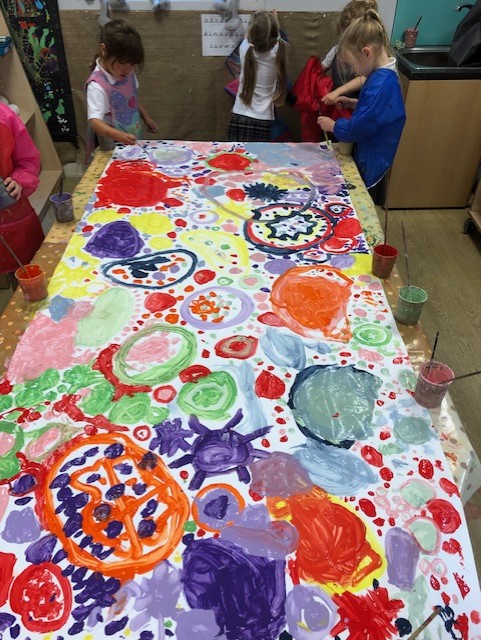 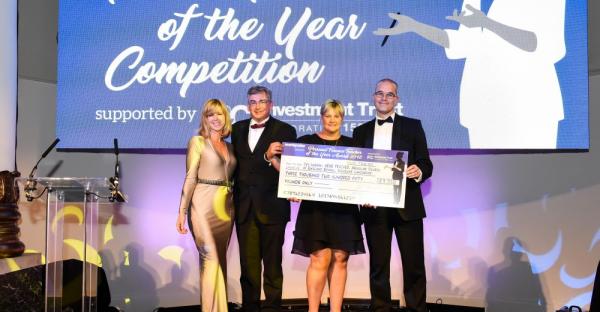